Germany has one of the strictest animal welfare laws worldwide. There is no other country in the EU, which integrated animal welfare into its constitution - in Germany animal welfare was made a national objective in 2002 (Grundgesetz, article 20a). On November 9th 2010 the EU Directive 2010/63 on the protection of animals used for scientific purposes came into effect. Germany, like the other member states, integrated the driective into national law.

In 2012 the Federal Government and the Federal Ministry of Food, Agriculture and Consumer Protection presented draughts for the alteration of the German Animal Welfare Law and the appendant executive order law. The lower house of German Parliament (Bundestag) passed the law on December 13th 2012, on February 1st 2013 the upper house (Bundesrat) refrained from calling in the meditation committee. This means the alteration of the law is successfully passed and eventually came into effect on July 13th 2013. The appendant executive order law is legally valid as well.

The German Animal Welfare Law directly addresses the situation of non-human primates frequently. In paragraphs 4, 8a, 9, 11a, 16 and 18 they are explicitly mentioned. The DPZ's Animal Welfare Officers cares for compliance. 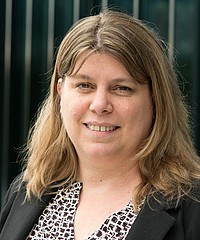