A steadily growing world population with increasing economic status generates a higher demand for animal food products, especially meat. At the same time, there is limited expansion capacity for livestock production, especially in provision of sufficient feed. In order to replace expensive imported proteins that are elaborate to produce, like soy extraction grist (SEG), alternative protein sources are of increasing importance in animal nutrition. As part of the multidisciplinary project “Sustainability transitions in food production: alternative protein sources from a socio-technical perspective”, funded by the Lower Saxony Ministry of Science and Culture and in cooperation with the Division Animal Nutrition Physiology of the Faculty of Agricultural Sciences at the Georg-August-University Göttingen, the effects of replacing SEG by partly defatted meal of larvae from the black soldier fly Hermetia illucens (HM) or by meal from the blue-green micro algae Spirulina platensis (SM) on the morphology of the small intestinal mucosa are investigated by stereological methods.

On the basis of extensive feeding studies with broiler chickens and pigs, different replacement levels (50%, 75%, 100%) with additional basic or advanced supplementation of amino acids are tested. For stereological analysis, the three parts of the small intestine (duodenum, jejunum, ileum) are sampled and examined according to a systematic uniform random sampling (SURS) scheme on macroscopic and microscopic level. Accordingly, the primary mucosal surface area (Spm), villus amplification factor (Ss(v,pm)), and villus surface area (Sv), all providing information about the functional absorption surface, the ratio of villus to crypt epithelial volume densities (Vve/Vce), expressing the cellular turnover rate, and the villus epithelial volume to surface ratio (Vvve/Svv), representing the thickness of the mucosal epithelium, are determined. Furthermore, the ratio of mucin volume to epithelial basement membrane surface (Vvgc/Svbm) can be stereologically estimated for evaluation of goblet cell quantity and secretory activity, respectively. Also the amount of inflammatory cells within the Lamina propria as well as indices for proliferative or apoptotic activity of the mucosal epithelium can be assessed stereologically, so that altogether a comprehensive functional-morphologic characterization of the intestinal mucosa is possible.

First results show that the replacement of 50% SES by both, HM or SM with basic amino acid supplementation does not cause any detrimental effect to the small intestinal mucosa or animal health. However, feeding of SM in broiler chickens causes a significant enlargement of the primary mucosal surface area in all small intestinal sections together with a significantly increased pancreas mass and villus surface area in the duodenum, which all point to an inappropriate protein composition and amino acid balance leading to impaired digestibility. Together with the observed reduction in feed intake and weight gain, feeding of micro algae can, therefore, result in considerable loss of performance. These adverse effects might be compensated by advanced supplementation of appropriate amino acids, which is verified in ongoing experiments. Besides that, feeding of HM seems to have a positive influence on mucosal immunology of the small intestine since it leads to a reduction of goblet cell mucin secretion in all intestinal sections of broiler chickens. Such effects on intestinal health are given further attention in future experiments.

In general, stereology serves as a suitable and conclusive method for the evaluation of intestinal morphology, especially in feeding experiments. It yields comprehensive, three-dimensional, and unbiased information about mucosal features that is superior to conventional 2D histological morphometry. 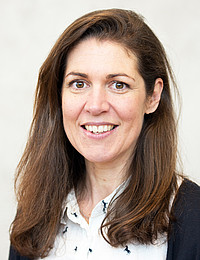